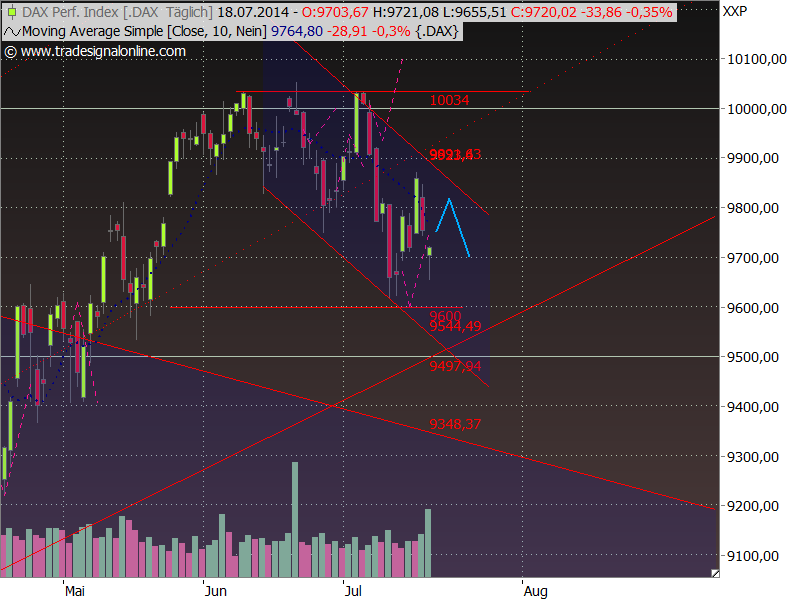 After forming a Doji last Friday at 9’670 the Dax recovered a bit but closed this week still not much higher at 9’720. Sanctions of the US and Europe against Russia were concerning market players and paired gains. The expected upward move to 9’750 took place this week and reached a high at 9’771.

The next good supports are 9’600 and then around 9’500 where a support line starting from June 2012 is located.Â  With the Hammer formed on Friday we could see a bit of an upmove in the coming week, but the picture is not massively bullish yet so I wouldn’t expect more tha 9’850 and also see the week closing around current levels approximately 9’700+x with the next attempt on the 10’000 most likely to be starting beginning of August. But this is a vague estimate.