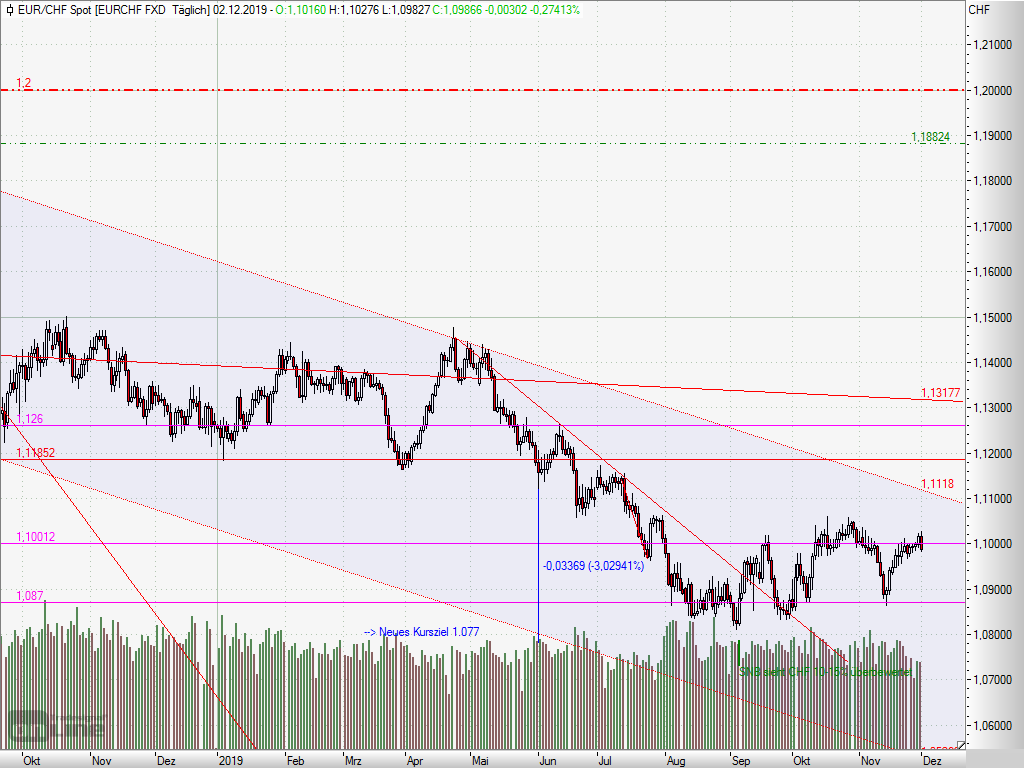 Since September 2019 the EURCHF has seen support around 1.08. (Beginning of Sept the SNB stated that the CHF is 10-15% overvalued.) From these levels the EUR has been making two attempts to rise but did not manage to cross above 1.1006.

We are now seing the  third attempt being currently stopped below 1.1003. With the last two lows and the last two highs reaching higher values  we would now need to see a cross above 1.06 to make a real revcovery out of it. Until then the EURCHF is most likely going to test the lower support at 1.08 again. Let’s see.